2)Object is an instance of a class.click here to know what is class

3)Object has two things i.e state and behavior. , which we define in class.

State: State of object is nothing but the information about the object. Example: Mobile is a object and  Mobile name ,  Mobile color , Mobile price etc are the states of the Mobile. In java states of object we define in class using variables.

There are two ways of object creation shown below. 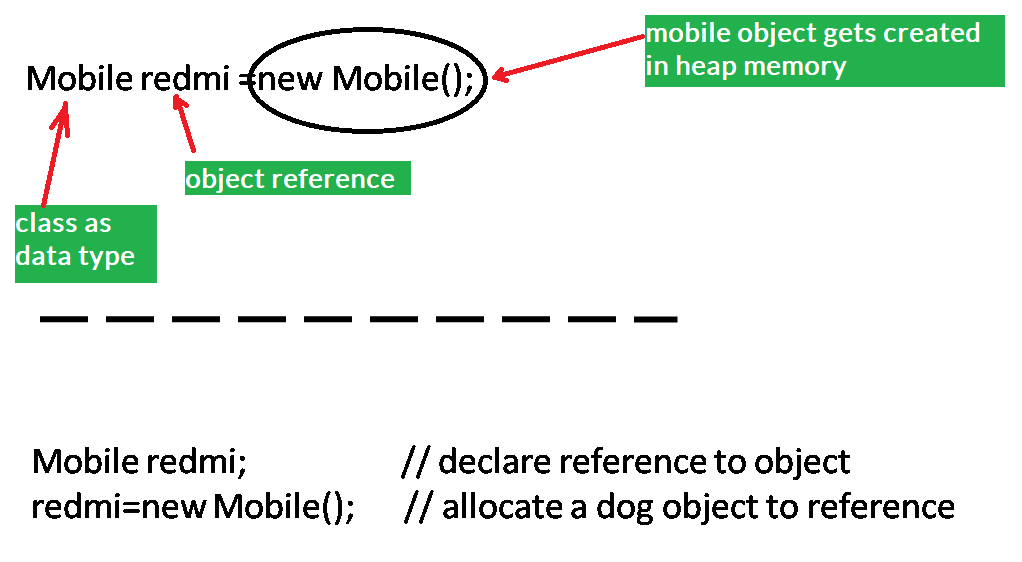 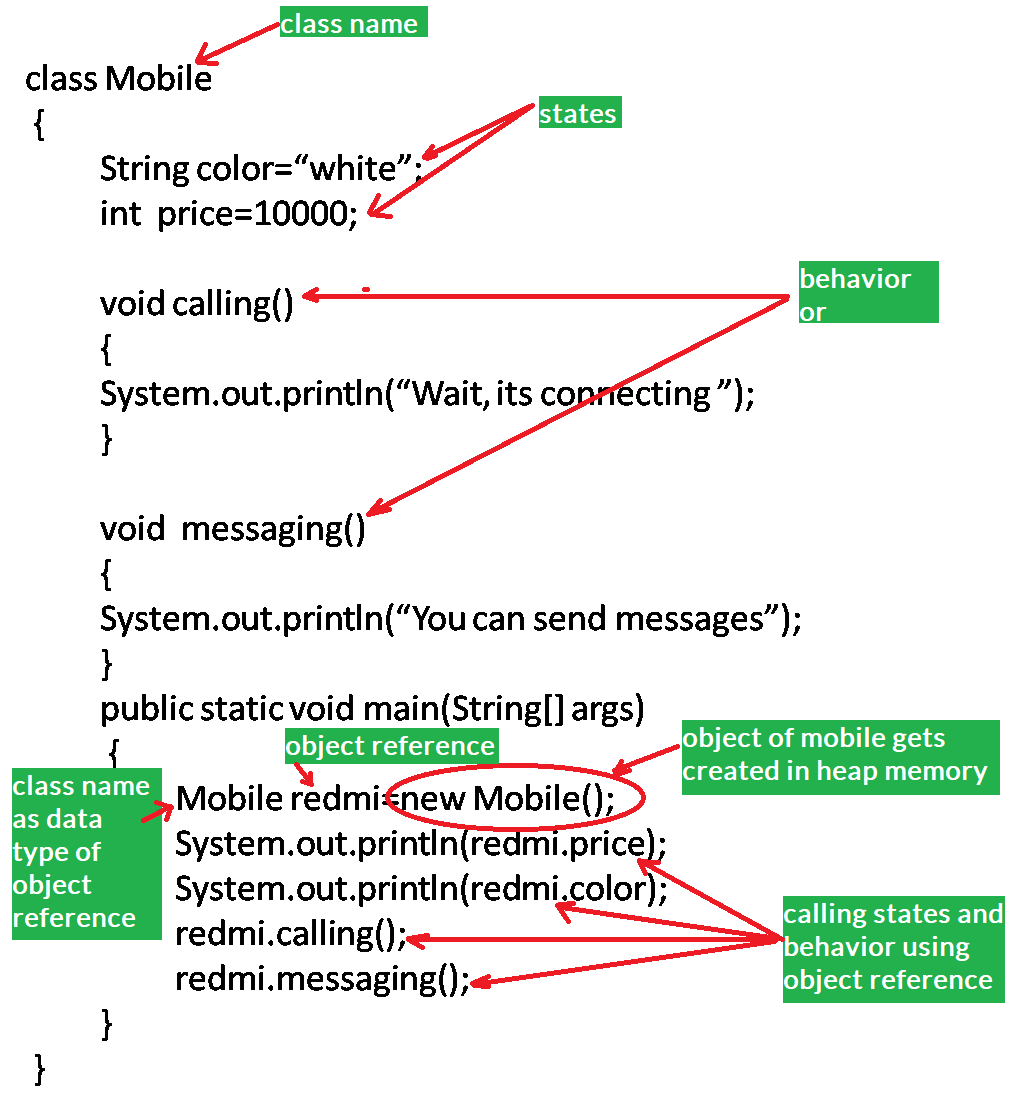